It’s a bold thought because a lot of people say that a fox body Mustang is not a classic in the first place. Why am I thinking it’s the last classic?

First, let’s figure out what makes a classic car. To oversimplify: To a certain degree, a classic is in the eye of the beholder. For a lot of us, a “classic” car means something like a car that was meaningful in our past.

Any person that bleeds gasoline and has seen a 5.0 tearing up the streets in their formative years will agree to “want that car”. Some were lucky enough to own a new one in the ’90s, others (like me) could only gawk at them and drove around 4 bangers or V6’s. Fast forward to today, 90’s pimple-faced teenagers are in their 40’s with a career and some disposable income wanting to “remember” those days or just finally able to get that 5.0 toy they always wanted.

So, from that perspective – a fox Mustang is a classic and since unmolested, low mile versions like an LX notchback are so rare these days, you could say “collectible classic”… I mean unless you’re part of the Classic Car Club of America who doesn’t even think a 65 is a classic.  Again, the word classic can have many meanings but from a legal perspective it’s a car from 20 years or more (depending on your local laws) and I do honestly believe it’s a classic.

The days of “car culture” are slowly fading away. Not to mention stricter and stricter laws reflecting this and the recent attack on aftermarket “race” parts that SEMA helped to fight against. Maybe a few gear-head pockets here and there but overall signals are fading for this hobby. So that means my kids won’t be saying things like “I want to restore an 87 Mustang like my dad had”, more like “I can’t believe my parents actually used to enjoy driving these things”.

I think the best case for us dinosaurs is the car culture evolves to what horse riding is today, assuming of course that petroleum isn’t outlawed eventually. Although not very easy to do and probably won’t happen this way but Germany is in fact wanting to ban the sale of internal combustion engines.

“Members of the German government have just passed a resolution to ban the sale of internal combustion engines in the European Union by 2030. Only zero-emissions vehicles would be allowed on the market after that time, according to the resolution.”

To that point, legislation is not going to help the hobby. Let’s face it, it is polluting (shame on you if you remove the smog equipment, you’re ruining the hobby to save freaking 2 to 5hp, good job!!!). As the younger folk continue to be taught that cars are the #1 cause for pollution (I know it isn’t but left-wing governments really are pushing this lie). I wouldn’t be surprised if gasoline-powered cars are illegal at some point. And, maybe even sooner than we think, only driverless technology allowed on certain highways. Case and point: In Ontario, our government was or is still trying to pass a law that if you own 3 cars, ONE of them has to be electric, and this is happening today not being mentioned as a joke. I don’t see any breaking news on synthetic fuels being very feasible yet. Something about the chemical bonds storing a lot of energy and not being very easy or effective to reproduce. 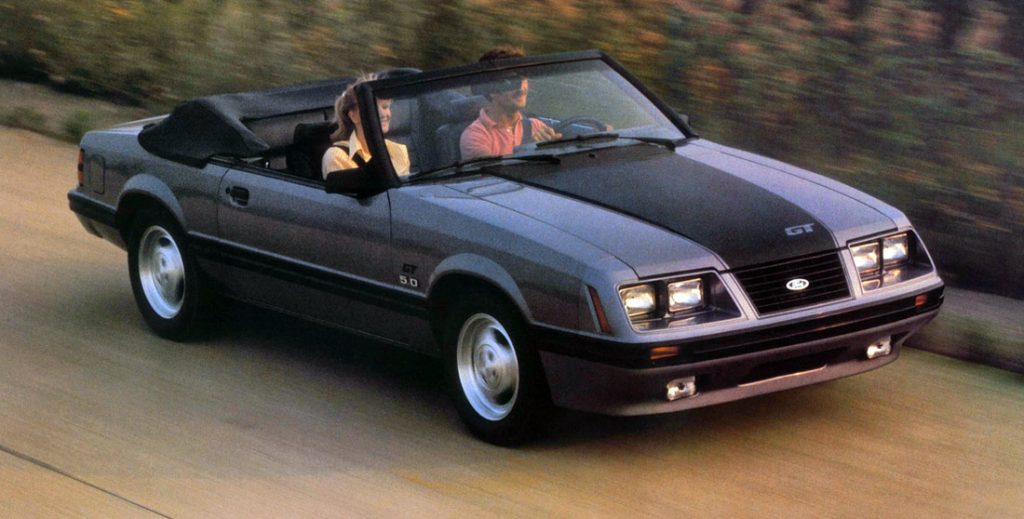 I’m a car guy, not a scientist. But battery technology is advancing much more than research on petroleum-type alternatives for our inefficient but sweet-sounding internal combustion engines.

How can a Fox Body Mustang be a classic today?

In 1964 (and a half), Ford sold around 120,000 Mustangs and just under 120,000 for 1993. The latest generation of Mustangs is the #1 selling sports coupe WORLDWIDE! Even the newer “collector” type cars like the GT350 are rumored to produce around 5000 / year. Besides how can you keep a modern car on the road and living for 30 or more years? The cost of maintaining a new Mustang could more than likely exceed a lease payment down the road. Not to mention the purchase price and cost of ownership (insurance, etc…) not many 20-year-olds living on their own can afford this today.

People argue that because Ford made a million Mustangs from 79 to 93, they never will be worth anything. What’s going to happen with the 2015-2020 models? As for the 2005 retro look-n-feel, who was targeted for that car? Certainly not teenagers, those cars are for those wanting to remember a sweet Pony car they once had but don’t want to bother with the problems an older car gives. So the average age is 40+ for the modern Mustangs. It’s not likely that a dude in his 90’s wakes up in his nursing home, hops on his scooter and starts looking for a classic 2005 Mustang to remember his mid-life years?

In fewer words, I say the Fox Body Mustang is pretty much the LAST we will see in classic Mustangs down the road. It’s a symbol of the true muscle car era revival. Unlike the ridiculously expensive Hellcats and other crazy 700+HP RWD modern muscle cars, that’s not a revival, that’s a marketing ploy to get people to pay an extra 50 grand for 300 or whatever additional HP for some sort of reproductive organ measuring contest for those who can afford it.

The fox body Mustang is the last piece of mass-produced automotive history where drivers were responsible for bad driving behavior – not the manufacturer. Last of the cars where designers didn’t install plastic engine covers because, for some reason, 420+HP isn’t enough to sell an engine anymore? The last of the true Mustang’s spirit that is to take a cheap chassis and making a fun, affordable 2+2 car for the masses to enjoy (Falcon, Fairmont (ok and the Pinto – you Mustang II guys!)). When you see a boxy 80’s Fox Mustang with a rumbling, unmistakable pushrod 5.0L V8 sound pass you by. Salute, because it represents a time where we were still kind of innocent. The person driving it has a thing called “self-control”, not very common anymore. Having all that available torque in a lightweight car without needlessly having to risk their lives to show it off… Because we all know… the 5.oh may be old today, but it still has all the nostalgia and respect it deserves.

February 14, 2017
There are no comments yet No comments