If you just picked up your first fox body Mustang, you’re probably online already searching for go-fast parts 🙂 There is a common theme for “what to do first” when it comes to foxbody Mustangs. When someone asks me the question, I tell them to think about the long-term goal for the Mustang! If you plan on keeping it a stock classic fox, it’s pretty easy to answer – do nothing but replace parts that need replacing with Ford NOS parts. Otherwise you need to think about things like pro-street, pro-touring, resto-mods, etc. And think about how much power you need, what kind of suspension you need, brakes, safety gear and whatever.

5 Lug Swap and Larger Brakes: Before adding more go, add some whoa! Upgrading to the basic SN95 5-lug brakes will give better braking performance and a good starting point for further braking upgrades such as Cobra, etc…

Exhaust System: Although the stock headers are good up to 300HP (in theory), it’s a good idea to upgrade to an aftermarket system and replace the old, probably clogged, catted H-pipe with a new SMOG legal H or X pipe.

Subframe Connectors: Stiffen up the unibody design of the fox platform. It’s recommended to get the full length welded subframe connectors, the bolt-on types won’t do much help.

Gear Ratios: Bumping the gear ratio is the oldest “bang for buck” on these cars. You need to match the gear ratio with the engine’s power-band. Most recommend not going higher than 3.55/3.73 with 5 speed and mostly stock 5.0. Much better than the stock 2.73 or 3.08 gears.

Fuel Pump: It’s suggested to get a new larger pump like a 255LPH unit that will support future modifications better than the stock 88LPH as well as less risk having an old fuel pump expire in the middle of a highway.

MAF Conversion: If you plan on modifying the engine with an upgraded cam, it’s suggested to go with MAF versus speed density. Although with the rising cost of MAF computers, it may be a good time to look into aftermarket EFI systems.

Alternator: Larger fuel pumps, electric fan upgrade, sound systems, whatever the reason for more amperage usage, the 2G which is already taxed will be a fail point. Upgrade your fox to a 130amp 3G alternator.

Cooling System: A radiator upgrade is always a good idea if you’re planning on more power down the road. It’s also a good idea to change the thermostat, hoses and simply tune up the entire cooling system.

When it comes to these cars, there’s always “more”. The above list is what I think is important to start with. It won’t give tire shredding power but it will give you better wheel choices, better braking (or options), stiffer chassis, etc… A good base to build on. I didn’t touch suspension in this list since that really depends on your goals, if you spend your time at the drag strip, an aggressive handling suspension won’t be much help to you and vice-versa. Make that long-term plan for your fox Mustang and stick with it. That’s probably the best advice out there when it comes to answer “what should I do first”. 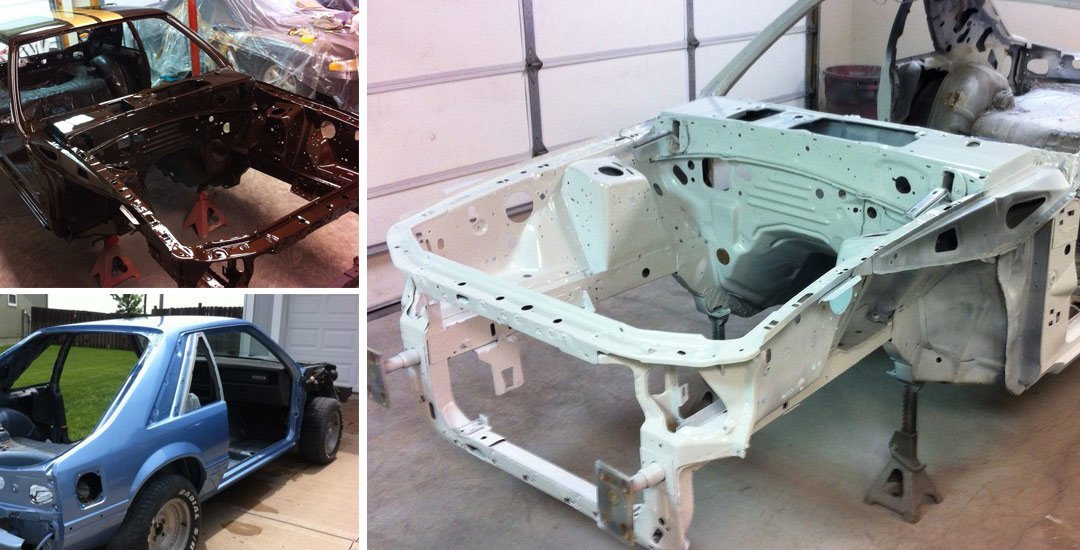 March 7, 2017
There are no comments yet No comments