An indefinite guide to the foxbody Mustang manual transmission. To most of us a foxbody without a clutch pedal just isn’t “right” but a lot of us don’t know the history behind the different transmissions offered over the foxbody lifespan. You most likely have a T5 in your fox but did you know not all T5’s are made equal? 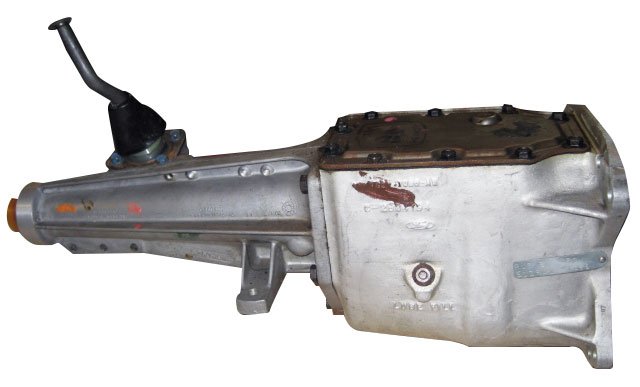 In 1979, the foxbody Mustang was introduced with the SROD (Single Rail Overdrive) 4-speed manual transmission and was used up to 1982. These weren’t rated for anything much more than 200lb-ft of torque and not really recommended for anything other than the stock engines the 79-82 had. To upgrade to a T5 (which is plentiful and cheap) you will need to change the flywheel (if upgrading to larger clutch only which you should), bellhousing, and speedo gear (The SROD may have a reverse speedo gear like 60’s Fords). NOTE: The factory bellhousing for your 302/SROD can be used for transmissions like Tremec 3550, TKO, etc…

The T5 Era of Bangin’ Gears in a Foxbody Mustang 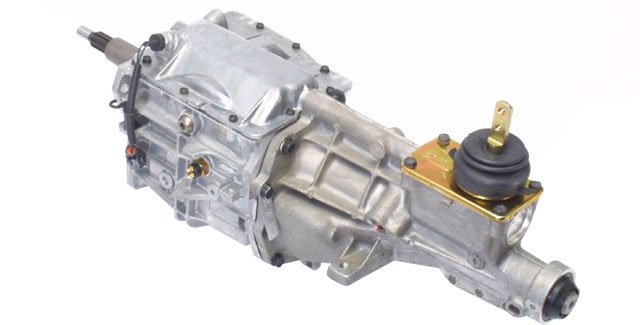 Ford introduced a non-World Class T5 in the 1983 fox Mustangs to improve performance and fuel mileage. These came with 2.95 first gear with the first 3 gears riding on a solid output shaft, 1st and 2nd had fiber linings bonded to steel rings, torque rating was the same as the world class at 265ft-lb.

The World Class T5’s received needle bearings under each gear to reduce drag. The lower counter gears had tapered bearings replacing the bronze thrust washer. The main shaft synchros were fiber-lined steel rings improving friction surfaces while the 5th (OD) remained bronze. The shifts felt smoother because of the synchro gears slowing faster. The torque rating for the WC T5 was 265ft-lb.

In the 1990 the World Class  T5 used in Fords was upgraded with stronger 3.35 gear set with higher nickel content to create a stronger, more reliable gear. The 2nd and 4rd gear ratios decreased a little too. The synchro linings on the 3rd-4th gears were improved with carbon fiber for better shifting ability. The 1990+ WC T5’s were equipped with a longer throw shifter to make it easier to shift. Torque rating had jumped to 300ft-lb as well. If you’re looking to replace your T5 in your fox or do a 5-speed swap, the 90-93 are the years to try and find for a used one.

The Cobra Specification T5 featured some minor changes beyond the stock WCT5. It featured a front tapered output bearing and steel front bearing retainer. These Cobra Spec T5’s got a reverse brake and syncro assembly. Torque rating increased by a mere 10ft-lb over the stock 300 WCT5 of that year.

Ford offered a new modified T5 for the MotorSport crowd in around 1993. The Z-spec T5 (erroneously referred to as “World Class”) is essentially a 93 Cobra T5 with 2.95 first gear and .63 overdrive and pretty much the best of everything including hardened gears, short throw shifter, steel front bearing retainer, tapered output shaft bearing and a torque rating of 330ft-lb.

What Oil to Use?

It’s recommended to use a good quality synthetic oil as it lasts longer and has a better operating temperature range.

The T5 in a 1994-1995 Mustang had longer input shaft to fit the shifter in the right location and the neutral switch was removed. So you will need a fox length input shaft and correct bearing retainer. Keep in mind if you try and use a T5 from a 94-95 Cobra, you may not be able to find the correct input shaft to use a fox-spec bellhousing.

It’s physically possible if you use a pilot bearing from an 80’s Ford Ranger (83-85 Ranger 2.2L Diesel) and a V8 fox bellhousing. So if you’re in a bind and all you have is a 4 banger T5, it will work but note that the gearing is different and torque rating is lower than the already low V8 spec T5 at just 240ft-lb. Most enthusiasts will NOT recommend using the 2.3L T5 behind a V8 but with anything you will find arguments on both sides.

GT-40 Heads For Your Fox Mustang