This is a story of someone’s first-ever Fox body Mustang. Broke was an understatement but Steve was dedicated to the idea of owning a 5.0 Fox Mustang. It started with him bartering some business card design and printing for a local business in exchange for a relatively “clean” 89 4 banger LX hatch. Steve was so broke that he had to make decisions like “pay rent or buy new carb…” He obviously made the right choice and bought a sweet new carb. It didn’t take very long for the poor thing to get gutted though. It only had surface rust in some areas but this old Fox body was in pretty decent shape. After countless hours of wire-wheeling the surfaces, it was ready for prep and paint.

All this work being done at his parent’s backyard made of gravel. Drop a socket or bolt and it’s lost forever.

The fenders and hood had some nasty dents and the front bumper facia was all broken so Steve sourced out some used parts which kind of made this 89 into some strange color scheme being white, blue and purple.

The 302 came out of that brown van you see above, nope, not a roller block but the price was cheap. Steve had a built 351 that he had planned to put in this Fox body but had to sell it to help fund the build. The T5 and pedal assembly came from another 4 banger fox body that Steve bought for a few hundred dollars, drove it home with a major gas leak. Not enjoying that particular look and knowing Steve couldn’t afford a paint job, he got “creative” and painted the front-end flat black. Notice the olds station daily driver in the background. The pic below shows the creative paint-work but that Econoline 302 took a dump, so Steve had to find another but the fox was about to get gutted again for paint!

“The first real shake-down run, I did with my dad. Got the car sideways a few times. I think it was exciting for him too. But I should mention that I forgot to tighten down the steering end links…” ~ Steve Here’s the “new” 302 being installed with the fresh paint. This engine had a used Comp Cams cam and the heads were probably E7’s but later got ported C9 heads. Finally paint! Steve mentions it was a huge ordeal to get this car painted. He stripped it down (no drivetrain, no glass, no interior) and hired a flatbed to deliver it to a paint shop. Lots of bad luck! The painter guy turned out to be a ripoff artist, his shop got locked up (fox inside) because he never paid rent. After weeks of yelling and getting other people involved the “painter” rented a SHED, and painted Steve’s fox. It was supposed to be black but he found discounted paint supplies which turned out to be more of a brownish “root beer” color. This fox body had no mufflers, Steve couldn’t afford that noise so he gutted a stock H-pipe and the catback was just welded up 2 1/4″ tubing and some stock tailpipes. Was loud and excited a lot of car alarms. After a lot of pain, that Fox was looking decent and Steve believes the total cost of that build was just under $1500! Hard to believe today.

If you want to see what Steve is up today, check out his 87 notchback build. Slightly more expensive than his first build.

Next article What is the Right Gear for my Fox Body Mustang? 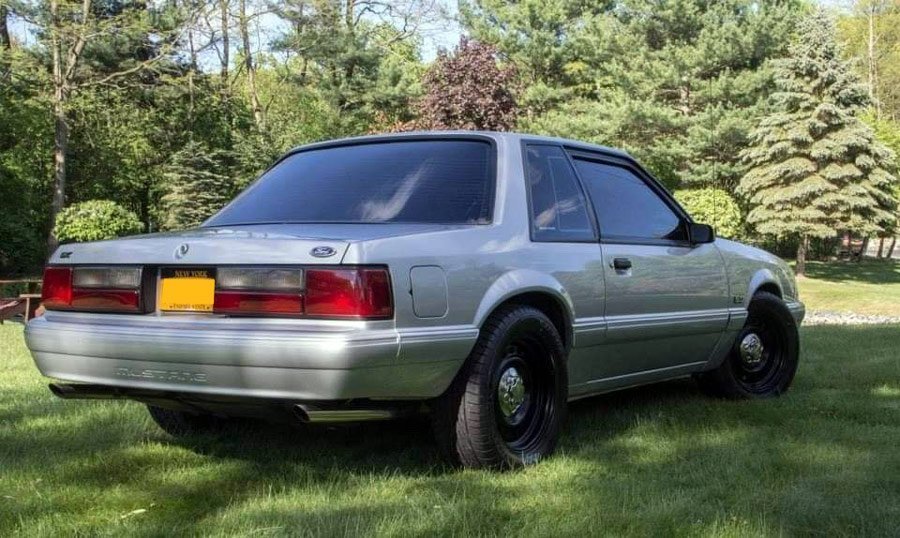 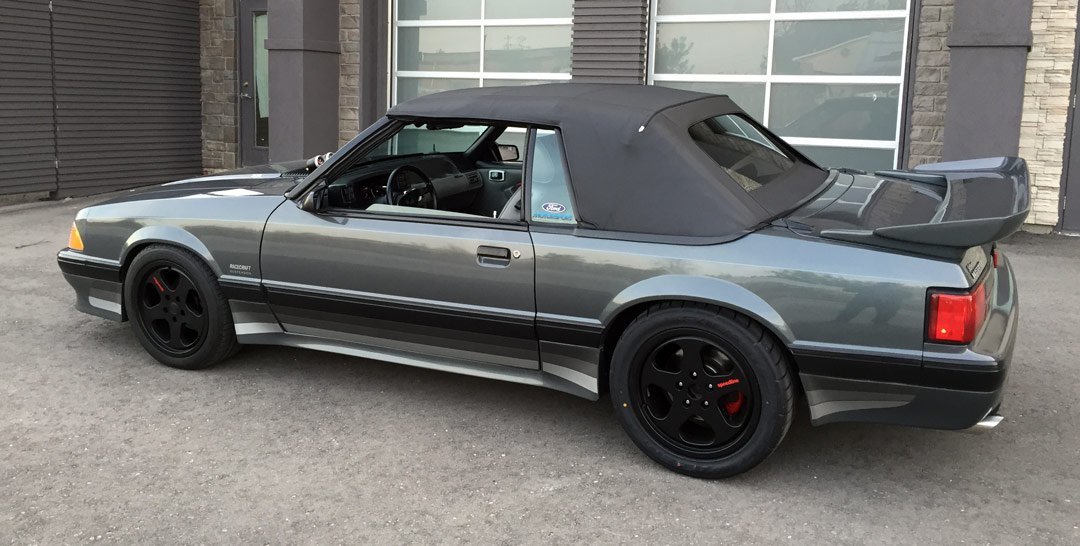