The early 80’s didn’t have many options for “tuner” Mustangs. Saleen was just starting up and Carroll Shelby had moved on to tuning front wheel drive cars for Dodge. But there was something called a Predator GT302!

Thankfully someone had a vision to build a “Cobra” Fox Mustang back in ’83. Tom Solomon of Solomon American (Topeka, Kansas) who was part of the original Shelby and Cobra Mustang design teams had enough influence with FoMoCo to green-light a new Shelby-style Mustang based on the Fox platform.

This special edition Mustang he called the Predator GT302 (because Ford didn’t let him use “Cobra”) was accepted by Ford to be a “modifier” and was available at select dealerships. Tom also drove around in a convertible used as a hands-on display when he visited Ford dealerships.  They only sold 5 to 8 Predator GT302’s in its debut in 1983.

You can tell you have an authentic Predator GT302 by the plate that’s riveted on the inner fender next to the strut tower. 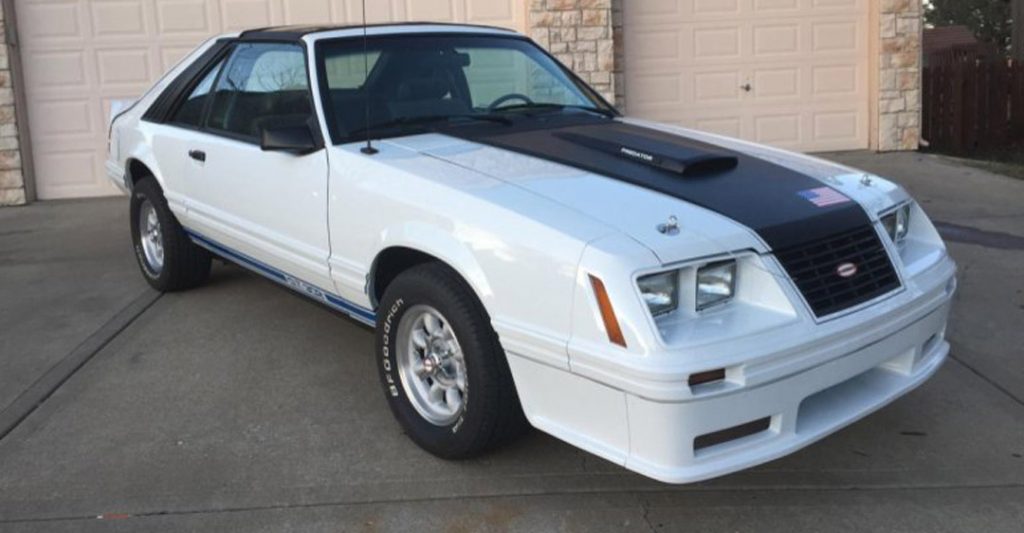 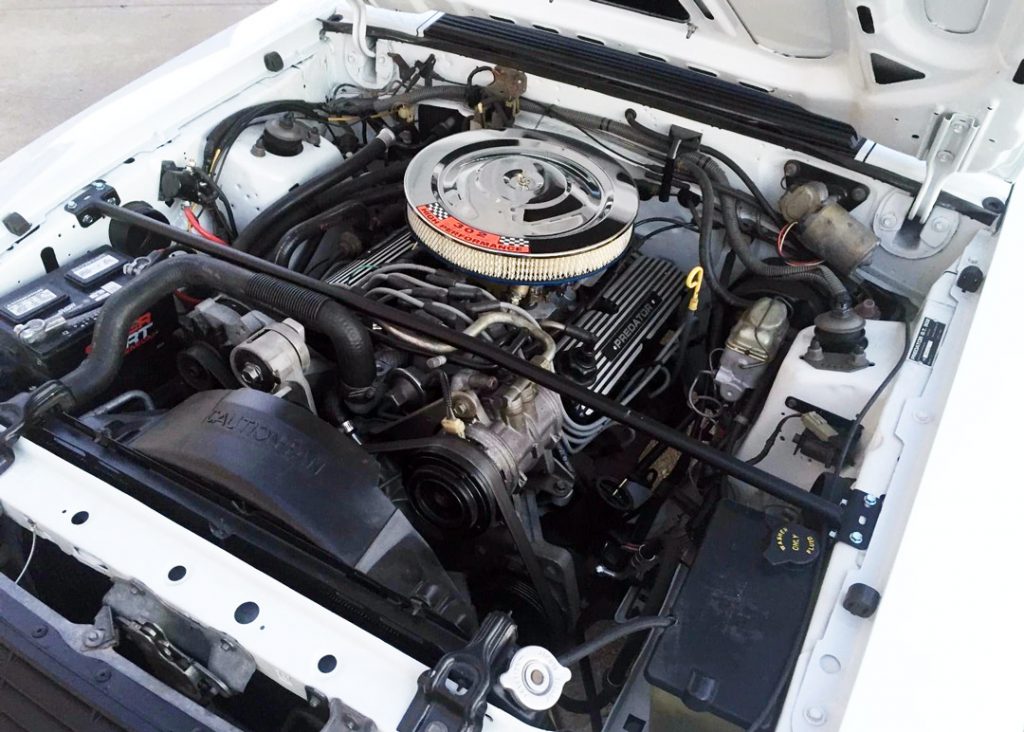 Horsepower and torque specifications are listed as 223HP/287lb-ft and cost was $12,100. Available in white, black, gray, red, copper, charcoal and maroon. 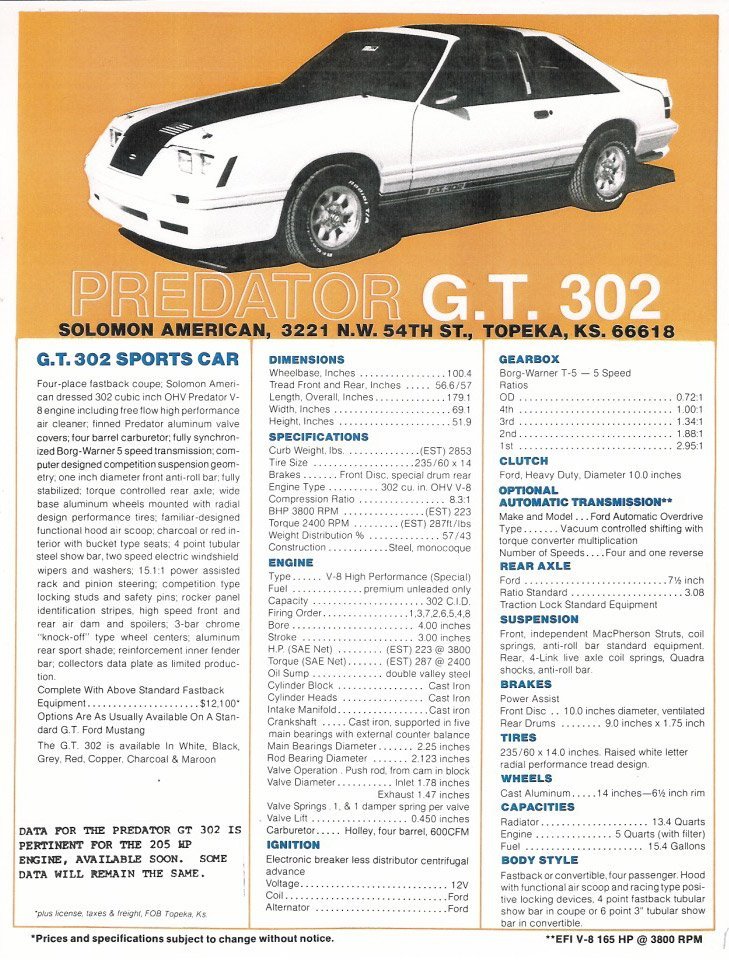 Along with the GT302, Solomon also had a GT302H, duplicating the Hertz Mustang in black with gold stripes. Even more interesting is the GT302R, only 6 convertibles were produced in 85 and included a fiberglass scooped hood, underdrive pulleys and 3.73 or 4.10 gears, headers, larger carburetors, cam upgrades, etc… Below is a Predator ‘vert and a Saleen!

In 86, the Fox Mustang was coming into its own with factory upgrades like EFI and 8.8 rear-end. There were only 23 Predator GT302’s built in its last year run. March 5, 2017
There are no comments yet No comments